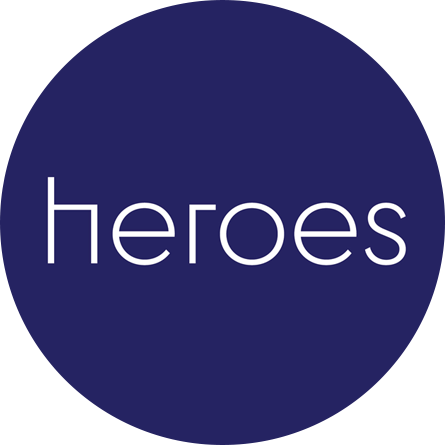 When you see something, say something. Seems simple, right? At Heroes we know it is not simple. Our commitment is to help organizations pivot from good intentions to cultures that demand and demonstrate active bystandership in the face of potential harm.

To prevent or stop harm, to engage leaders to transform organizational culture, to save careers and save lives, elevating all.

In 2015, a small group of dedicated civil rights thought leaders made a novel recommendation to the President’s Task Force on 21st Century Policing:  “Integrate ethical decision-making and tactics of intervention in every police training course, both academy and in-service, and include tactical scenarios—similar in format to shoot/don’t shoot types of training—and role-playing with peer intervention in all subjects.” Among the group making this recommendation were HEROES co-founder, Dr. Joel A. Dvoskin, legendary New Orleans civil rights attorney Ms. Mary E. Howell, and New Orleans civil rights activist, Mr. Ted Quant, then of Loyola University New Orleans. The recommendation, founded upon the ground-breaking work of psychologist Ervin Staub , was not formally adopted by the Task Force, but the realization that one could and should teach the tactics of peer intervention to police officers set into motion a series of events the result of which no one could have predicted at the time.

A few years before the 21st Century Task Force heard from Dr. Dvoskin, Ms. Howell, and Mr. Quant, the New Orleans Police Department found itself the subject of a far-reaching federal “patterns and practices” investigation focusing on a host of troubling constitutional violations. The investigation led to a federal Consent Decree in 2012 and the appointment of a Federal Monitor (Mr. Jonathan Aronie) in 2013. The confluence of the NOPD Consent Decree and the 2015 Task Force recommendation would serve as the catalyst that ultimately led to the creation of HEROES.

The mission of the group was to develop a curriculum that would train officers to intervene in another officer’s conduct — regardless of rank — in order to prevent harm. The program was dubbed EPIC for Ethical Policing is Courageous. Within about a year, the entire NOPD force had been trained in EPIC, and Mr. Aronie, in his role as Monitor, began to hear (and see) instances of officers using their newly-acquired skills to prevent harm.

Building upon its initial success, in 2017, the NOPD in conjunction with the EPIC working group launched a national conference to share the wisdom and science of active bystandership with the policing profession. The EPIC Leadership Conference drew attendees from across the U.S. Feedback was uniformly positive, but few agencies implemented the program in a meaningful way beyond New Orleans. That would change in three years.

Following the killing of George Floyd in 2020, the NOPD and Mr. Aronie received more than 100 calls from law enforcement agencies across the U.S. asking for the EPIC program. The EPIC Working Group quickly recognized they would not be able to meet this demand. They also recognized that a new approach was needed to prevent dilution of the content of EPIC as interest grew. Enter global law firm Sheppard Mullin and Georgetown University Law Center (GULC).

To meet the growing demand for meaningful active bystandership training and ensure integrity of the curriculum, Mr. Aronie’s law firm, Sheppard Mullin, partnered with Karen Rice (Heroes Co-Founder) and GULC to create the country’s first national active bystandership program for law enforcement. The resulting partnership, called ABLE for Active Bystandership for Law Enforcement, established a non-profit program at Georgetown Law Center with the goal of providing meaningful and practical active bystandership training to law enforcement agencies large and small at little or no cost. With initial funding from Sheppard Mullin and the American Arbitration Association, ABLE soon attracted the generosity of other like-minded national organizations, including Mastercard, PepsiCo, and Verizon. By mid-2022, ABLE had more than 275 member agencies, had trained more than 1500 instructors, and had added to its list of partners a host of national brand financial sponsors, including Microsoft, JPMorgan Chase, Google, Meta, Grainger, Johnson & Johnson, and HNI.

Predictably, as word spread of ABLE’s popularity, other parts of the justice system — corrections, EMS, fire, DAs — began to see the potential value of active bystandership to prevent harm and enhance the wellness of their employees. Since ABLE focuses exclusively on police, sheriffs, and federal agents, we created Heroes to meet the growing national need beyond law enforcement.

Heroes is forever grateful to the ground-breaking work that went into EPIC and ABLE, and is honored to carry the active bystandership torch to a wider audience. Heroes is founded upon the same social science foundation pioneered by Dr. Staub years ago. Indeed, while ABLE and Heroes are not formally associated, we share instructors and continue to collaborate in many areas. Heroes comes from a proud past and is honored to continue the effort to, as Ted Quant says, create stories that will never be told because nothing happened.

If you are interested in active bystandership training for a police or sheriff's department, or want to learn more about the ABLE Project

A Little About Our Background